New Year! -The Days are Getting Longer 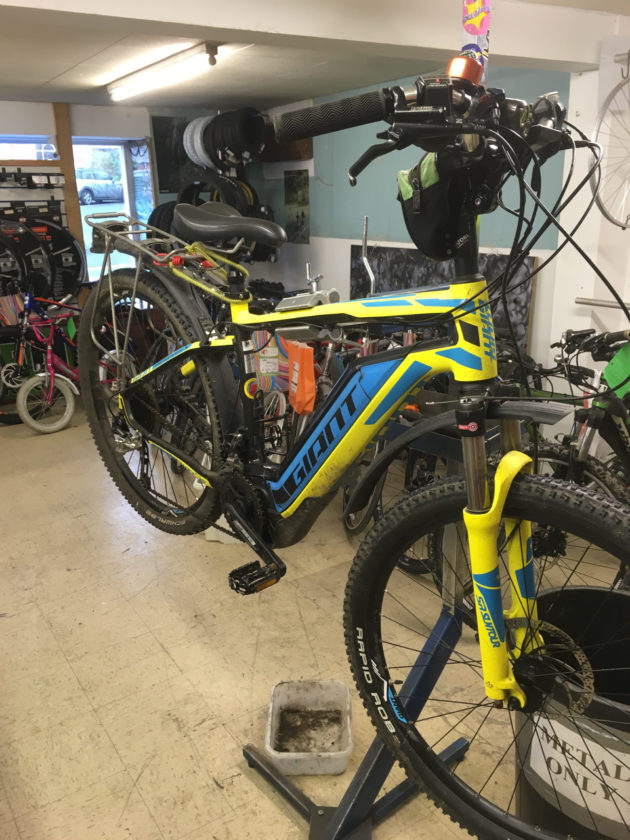 Halfway through January already,the nights are getting shorter, Spring is just around the corner, and it’s time for a bit of crystal-gazing. We’ve finished ( mostly) our shop refurbishment, having brought the workshop down from the cabin outside into the upper portion of the shop. And that has meant that the counter and till has moved into the lower portion, where we’ve installed new carpeting and opened up an old doorway in the corner. Already it seems to be working well – one advantage is that we’re not having to lug electric bikes up a flight of stairs to carry out work on them.

Speaking of which, the electric bike revolution has been quietly gathering momentum over the last couple of years, and while it hasn’t set the till on fire yet, there’s a feeling that this might be the year when the  market takes off. As I’ve argued in an earlier post, electric bikes have the potential to transform the local transport landscape by offering a viable alternative to the car for short journeys.

Here in Wales, the Active Travel Act is in force but largely unknown to the general public.There will be a significant effort this year from the Welsh Government to examine the reasons for this and to redouble efforts to encourage more trips by foot or by cycle. Locally here in Cardigan/St Dogmaels we are campaigning for a multi-use path to enable Active Travellers to get to Poppit Sands without fear of being imminently squashed.

Finally, we are introducing a new service called “Fix Your Own Bike”. You can hire a workstand and our tools for up to three hours at a time, and save money on labour charges while gaining experience on your bike. Help and support will be on hand. Further details are on the “Maintenance” page .